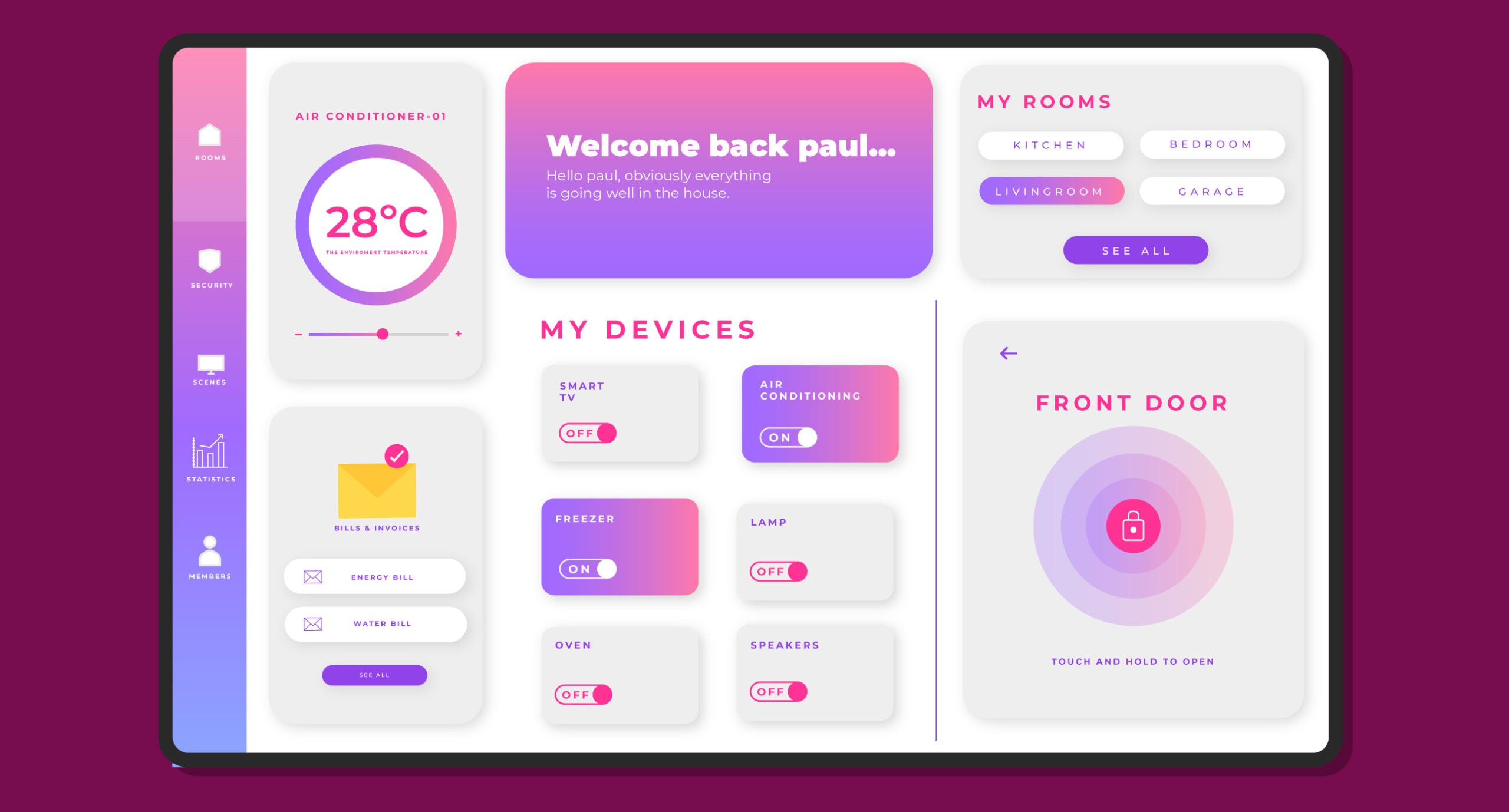 How Do You Make Things Work?

The ultimate user interface? Thought control. We’re not there yet; maybe never will be, although somewhere there are labs full of researchers working on it. You won’t find the budget line item for that one, most likely. It’s cleverly disguised as a $622.87 toilet seat. No, we’ll have to settle for voice control, itself the stuff of sci-fi just a few years ago. On that, we’re kind of stuck in the middle…..

It’s easy to get your friend Alexa to turn on the kitchen lights, if your hands are full and hitting the switch isn’t an option. You can just buy a dimmer at Home Mega Mart that works with Alexa, and spend an hour this Saturday installing it.

What You Really Want

Where things are more difficult is the stuff you’d really like your little listener to do for you: EVERYTHING! Oh, and that’s without you having to name off every, single thing you’d like to change; just one quick “Alexa, I’m leaving.” And she obligingly turns off the lights, lowers the shades, kills the music, arms the security alarm to “away”, and turns off all the TVs.

Fortunately for you, those same lab types have been cooking up that stuff also. We’ve been playing around with the fruits of their labor, and hey, it works! Does it work every time? Pretty much, if you speak clearly, and say the right things. That one is definitely not a “45min on a Saturday” operation, however.

It also takes some learning on everyone’s part. “Alexa, play Tom Petty in the Den.” “Alexa, turn the lights in the Living room to 40%”. Those type statements are fairly well-defined and do what you want, for the most part. It’s when the aforementioned “Everything” starts happening that things get confusing for the ole’ girl.

The key is in the products you choose to control, and how your system is set up. You guessed it; that’s where we come in! Even so, voice control is the very definition of “rapidly evolving”. Amazon updates Alexa software frequently, taking into account their latest developments.

Ditto on the home products side. Manufacturers are adding Alexa functionality to different products and improving their existing interfaces. We are climbing the learning curve too. It’s new for everyone. We’ve heard stories of forward thinkers who installed systems 20 years ago in anticipation of voice control that was “just around the corner”. Well, we’re turning that corner now. “Alexa, turn right!”

If lifting a finger is so 1995, and your hands are full, give us a shout and we’d be happy to discuss what you can have in the realm of voice control. Okay, it’s late… “Alexa, we’re going to bed now.”

Last time we examined a few fas paux that changed our lives for the better. It happens more often than you’d think. Here are a couple more….

It’s in nearly every consumer product now: plastic. Like so many other innovations, it was created by mistake, although one of those credited with its discovery was out to create something new. He was looking for a substance to replace elephant ivory, which was all the rage in billiard balls 140 years ago.

John Hyatt spilled a bottle of colliosion in his lab, and discovered the dried residue was flexible, strong, and useful. It ended up being celluloid, one of the first plastics and used in early motion picture film.

If not for a simple mistake, thousands of people today would be gone before their time. Wilson Greatbach was working on heart recording equipment back in 1956. Reaching into the parts bin, he mistakenly pulled out the wrong resistor. After soldering it into place, he immediately recognized the classic heart rythm from the machine. Viola! The pacemaker was born, Immagine how many lives have been saved from his mistake.