It’s What Happened at “The Show” This Year 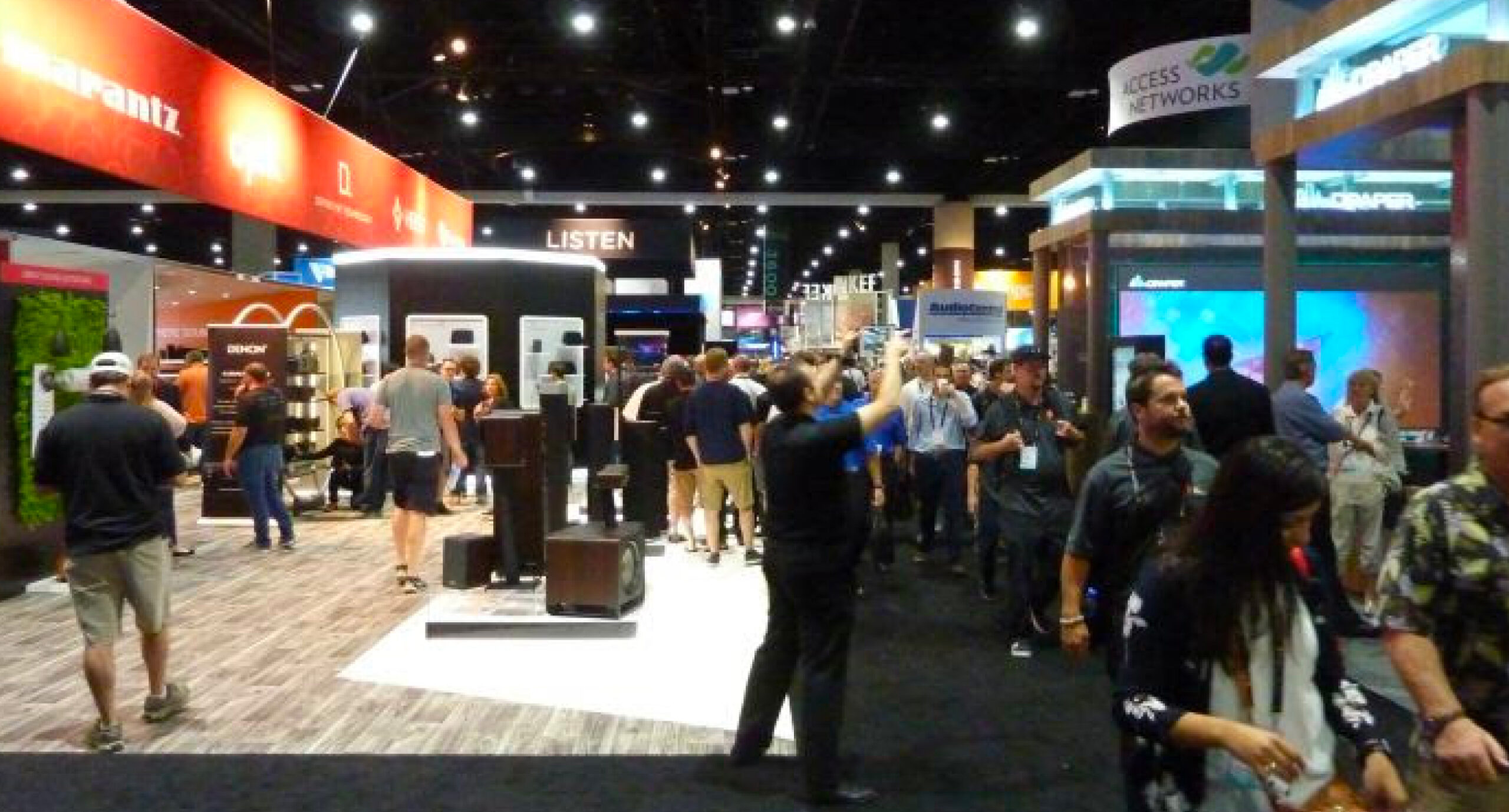 It’s That Time of Year…

It’s that time of year again… No, not the start of football season, although that’s certainly been marked on our calendar. No, it’s CEDIA time again, where more than 20,000 custom installation pros, vendors, and media members gather to discover what’s going to change our lives from a tech perspective over the next year.

It’s in a different locale every couple of years. After a stop in Dallas last year, this year it graces San Diego, CA. Every year there are some real WOW! moments, along with a couple of head scratchers.

Here’s What Made the Biggest Splash This Year

One thing that was readily apparent from a quick tour of the show floor: the 4K transition is about complete. While there were a few 1080 stragglers, most displays are now 4K, whether we’re talking projectors or flat panels. That meshes nicely with the amount of 4K content now available from cable, satellite and more prominently, streaming providers.

A related trend, albeit a somewhat untimely one, was 4K outdoor TVs. Less than a decade ago, major aesthetic and picture quality sacrifices were the norm if you wanted to sit outside and enjoy the game or watch the markets. Those days are dead and gone, though. Now, outdoor TV”s have image quality rivaling excellent indoor units and the TV sets themselves are hardly eyesores to look at, either.

Okay, we’ve jabbered about how stellar 4K looks on a large display before, so what about something that’s really new?

Surveillance has been important to us when it comes to keeping out families and abodes safe from all manner of disaster, from human to natural. Nothing beats keeping an eye on things, especially from a distance. Recently, the trend in surveillance cameras has been toward the image clarity of HD, but that’s just the beginning. Now, there’s a real surveillance camera revolution underway, and it was prominently featured at the CEDIA show too.

You’ve heard of self-driving cars, now it’s self-driving security cameras! We’re talking about intelligent video surveillance systems; something that wouldn’t be out of place at the CIA or in a Bond movie!

A single camera can analyze what is sees, determine what’s likely the biggest threat, and automatically track it as it moves around your property! Yes, the camera follows the bad guys automatically, but stay put if you’re walking out for the morning paper (remember those?) or taking Fido for a spin. Really. Now THAT’S 21st century

For more traditional stationary, multi-camera systems, much of the same intelligent analytics is also available. Instead of relying purely on motion opening doors to make events easier to find, the system can analyze your video at a much higher level.

Factors like motion direction come into play. Was the object coming on your property or leaving it? Was it a car, utility van, or boat? Maybe there is a person in an area where there shouldn’t be one, possibly a large dog, or perhaps just a moth flying close to the camera lens? The system knows the difference, and if it matters, you’ll know too!

Other Cool Stuff From the “Smart Guys”

Well, you may have guessed that voice control would be big at a CEDIA show, and you’d be right. It’s finding its way into everything, especially streaming music players. Amazon has a huge presence at CEDIA, highlighting their commitment to making voice control tech ubiquitous. Is it there yet, and is Amazon the only player? No, not 100% and of course not.

There is also Google Home, and they obviously have some resources behind them as well. That being said, Amazon’s Alexa had most of the show announcements. Between the two though, integrated control was popping up on lighting control, A/V, and security devices seemingly everywhere.

Give us a shout to discuss how, or if, voice control can simplify your life… or just make your friends say “Wow!”

Keep Your Hands Off…

Sometimes the term “Single Serving Pint” really is a problem. If willpower escapes you then that pint of Ben n Jerry’s or HD is teasing you in the freezer, this “pint lock” is just what the doctor ordered. Not only will it keep other family members from erasing you last bit of mocha chip, it gives you a pause before you dive in as well.

Could there be anything better than toast? Well, maybe bacon! How about a bacon toaster, then?

Yep, if you’ve got the latest in computer controlled toasters that gets your bread the perfect shade of tan, how about giving it a friend? This bacon toaster makes those BLTs a breeze!

Until next time,
Jason and the Automated Living Team
PO Box 464
jason@automatedlivingllc.com
502-643-1194