Your Alternatives Just GoT A Lot Sportier 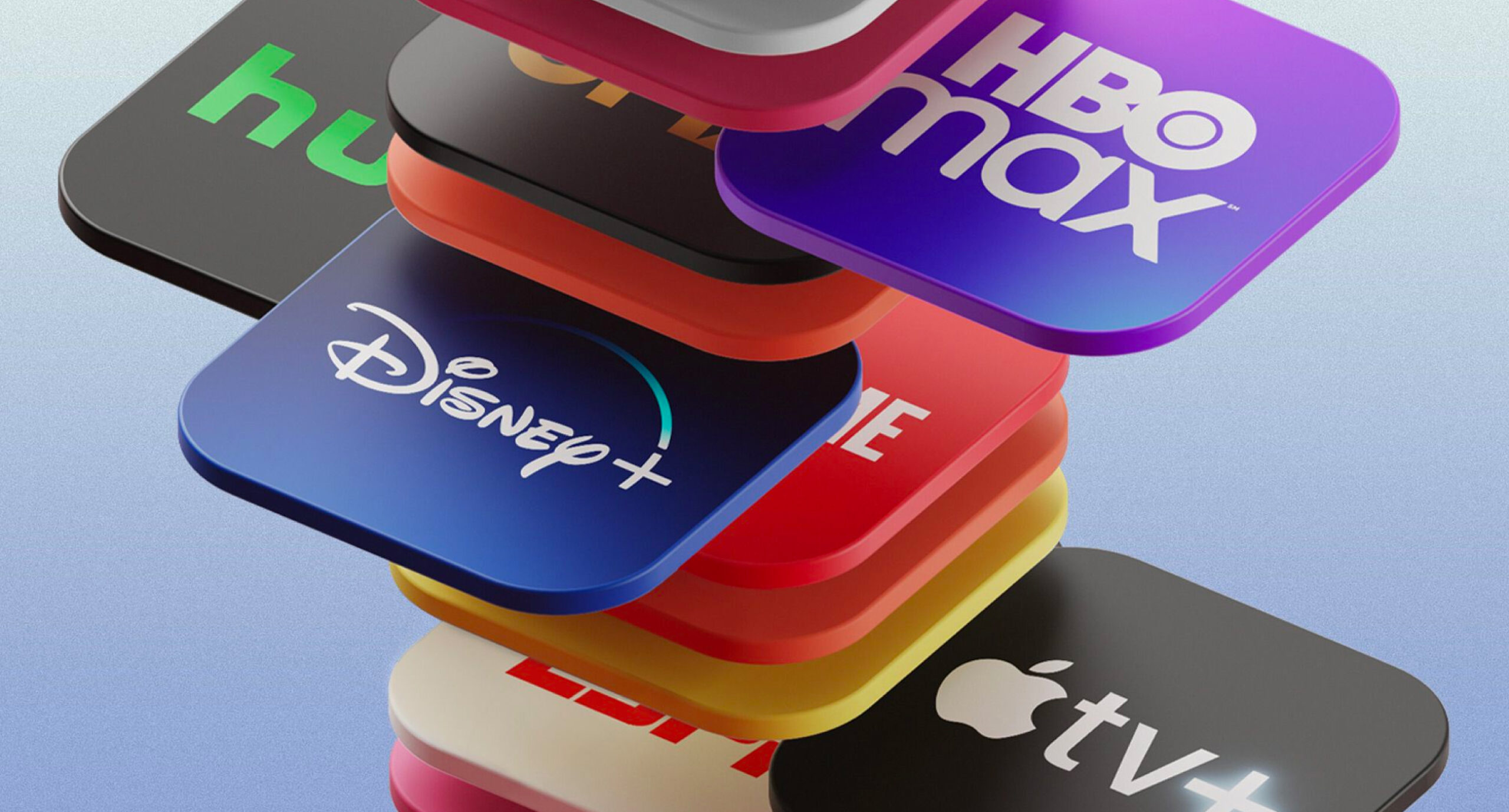 Canadian football has kicked off. The NFL season is fast approaching. College athletes are reporting to camp any day now. For many people, that’s their primary reason for owning a TV. All those other shows? Just a bonus! On a related note, finding those NFL games online starts sounding better and better when you take a peek at the latest American Customer Satisfaction Index numbers.

Typically, cable companies occupy the lowest rungs of the CSI ladder. Hey, whadda ya know, this year is no different….. unless you live in Canada, whose cable cos for some reason have customer satisfaction ratings far higher than their American counterparts, according to an early 2017 JD Power survey.

In Canada JD and the boyz found that Netflix ranked 81% for comparison, while SaskTel ranks highest in both television at 72.7 and internet service satisfaction with a 71.5 for a fifth consecutive year. In television, TELUS ranks second with a 71.9 and MTS ranks a very close third at 71.8. Your experience, of course, may vary!

Among the big US cable boys, Comcast, Frontier, and Time Warner didn’t finish last. That was Mediacom, which despite finishing last, actually boosted their score from last year, hanging on by 2 fingers at 56%. Abysmal, yes, but up from 2016’s 54%. Sooo, they got that goin’ for them! It kept Comcast, Frontier, and TWC out of the cellar (Wasn’t that a Ratt album back in the ’80s?) where their respective 58 and tied for 60 scores would have otherwise landed them.

So, now that you know you’re not alone in your contempt for the CableCos, what else is out there if you’d like to “cord cut”, and go sans utility company? First, the bad news is that you will still need a utility, and likely one of the aforementioned, to slurp up your broadband Internet. You just won’t need them to put a picture on that new 75” vision of loveliness adorning your rec room wall.

Ok, you finally drew the last straw with Comwarntier. What are your choices, then? One popular choice is SlingTV, If you think you’ve heard the name before, you probably have, SlingTV evolved from the Slingbox. Now, though, no box is actually needed; you just get the TV part.

It’s streamed from the good, ole Internet. The best part for sports fans, is that you can get ESPN, including “The Duce” and 3, TBS, TNT, FS1 and 2. It’s 25-40 clams a month, depending on the number of channels and simultaneous streams fot your lifestyle.

The bad news is that, although they recently introduced DVR functionality, Disney and ESPN channels are not included in the “pause and delay” group… yet. Since they are both part of the Disney empire, one suspects their absence is due to a legal, rather than technical reason. We’ll keep you up to date on that one.

Sling’s available on streaming’s usual suspects: AppleTV, Roku, Amazon FireTV, Google Chromecast, etc. That’s just the beginning when it comes to fast piping sports. Most of the major sports networks have streaming services available on those boxes as well, whether or not you choose to sling yourself into he next decade.

For example, if the “other football” is more your thing, there’s Fubo TV, also available on FireTV, Roku, Chromecast, etc. There you’ll find a veritable plethora of sports too, with a heavy emphasis on footbol. Soccer leagues with streaming coverage on Fubo include La Liga, English Premier League, Bundesliga, Serie A, MLS, the UEFA Champions League, Copa Libertadores and Primeira Liga. They also have Bein Sports, FS1 &2, ESPN, Big10 Network, and more.

You’ve probably heard of Hulu, too. The one-time Netflix alternative is jumping into the live streaming arena with both feet now. Yes, sports play a big role in their programming. The Golf Channel, ESPN 1, 2, U, & News, CBS Sports Net, Big 10 Network, FS 1&2, and TNT are all rearing their heads on Hulu live streaming.

Note that live streaming of NFL games is not available on smart phones with Hulu. Deal breaker? For some, definitely! Hulu live streaming is for AppleTV, X-Box One, and Chromecast, now with Roku and Amazon FireTV set to arrive in the near future.

Recording of live TV with Hulu is on the cloud with 50 hrs of recording. Not enough? Hulu says: “With Enhanced Cloud DVR you can record multiple shows at the same time, fast-forward through any content in your DVR (including commercials!), and stream your recordings anywhere, on any of your supported devices.” So there!

So, can you get over the live sports hump without cable now? Yes; yes you can. The DVR issue may be a problem for some. Heck, who are we kidding, it is a big deal, but cloud DVRs are closing the gap here too. I see a pile of cable boxes adorning Comcast, Time Warner, and Frontier’s steps as we speak….

So you may be right around the corner from ditching your cable TV service altogether, but there’s one thing that can make or break your streaming TV experience; your home network /Internet connection combo. Both must be stellar for your experience to be smooth, like great video.

Putting all streaming devices like TVs, AppleTVs, Roku, etc on a wired Ethernet connection and off your WiFi is a big help. That frees your WiFi from the insane demands of HD video streaming, unless of course, you’re streaming to a wireless device. If that’s the case, robust WiFi makes all the difference.

Don’t you just hate it when you grab your iPAD and start streaming, only to find dropouts and glitches as the connection pukes its guts up all over your fine Persian carpet? Yep, it’s a problem! Even if you have more than one wireless access point (WAP) in your home, many mobile devices don’t automatically switch to the strongest connection. That’s a pain if you’re streaming the game and it drops the connection just in time for you to miss the best bicycle kick goal this year.

It’s also big trouble if you’re using your tablet or smart phone to control your home systems like lights, HVAC, window treatments, or music. That means a good connection is a necessity, no matter where in your home you are.

We can fix the roaming WiFi problem. It’s not as simple as just using a stronger WAP, or adding a WAP or two (or even 3), although that’s certainly part of the solution. The trick is making them work together and then managing your device’s wireless connections so they’re always connected to the strongest signal. We have some tricks up our sleeves for that. Stellar WiFI and a super fast broadband connection everywhere? Now that’s a good time!

One last thing before we head on outta here, but just as important: your wired internet backbone. After all, all your wireless has to get it’s network connection from somewhere, and all your wired devices appreciate a strong backbone. Strong backbone, weak mind???? Oh, that was something else. In any case, all the cables and boxes that make up your wired backbone should be inspected to make sure they are taking advantage of up to date technology.

It’s advanced significantly in the last 5-7 years, and that means a more robust connection and and the ability to stream to many more devices simultaneously, even while some in the family are talking on VOIP phones, playing video games, or listening to streaming music, like Pandora or Spotify.

One things that is often neglected, even if the hardware has been updated a few times since Ceasar let out his last breath, is the software. All your network devices get periodic updates from the factory to help performance, security, and functionality. In some cases it updates automatically, but in most cases it’s up to someone to make sure the latest update has been downloaded and installed. That’s right up our alley, so we will be happy to check that for you, too.

We’ll look at all that network stuff for you, both wired and wireless, to make sure you have the best experience possible. Just contact us now to get things moving.

Time to Fire Up the Grill

There’s no time for some outdoor cooking like the start of football and the end of baseball season.

Bobby Flay was making these on TV a while back. Yeah, they are really good! Here’s what it looked like he was doing….

Mix the salt and pepper with the beef, form into 3/4 inch patties, brush the oil on the outside.
Cook on a hot grill until slightly charred on the bottom, then flip and cook the 2nd side for about 5 minutes.
ENJOY!

PS: We’ve heard through the grapevine that adding about 1/2 tsp of garlic powder along with the salt and pepper really brings these home.

If those don’t do it, maybe you should brush up on your grill skills, or possibly try these instead!

Mix it all together, form into 3/4″ thick patties
Cook about 6 min per side on a hot grill.