POWER To The PEOPLE and SOME NEW CONNECTIONS 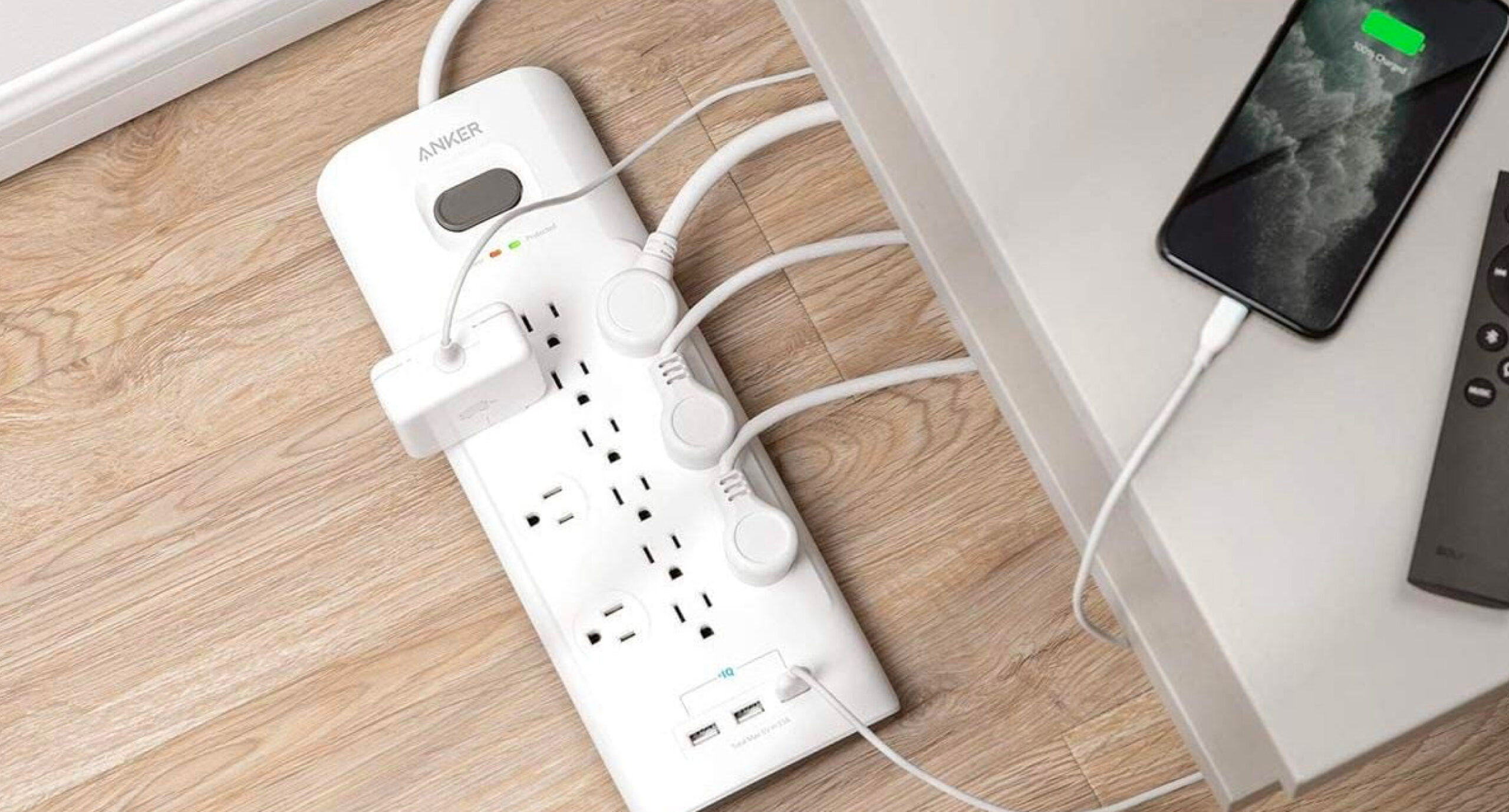 It’s the stormy, hot season again, and you know what that means. Plenty of A/C use, downed power lines, and blown power company transformers. It does more than make utility employees work overtime. It makes your poor electronics suffer through what amounts to tainted food. They eat power, and when it’s polluted by the effects of summer’s extra load, lightning and the like, it’s like food poisoning.

It doesn’t often cause instant catastrophes. It’s the cumulative effects of voltage drops, mini spikes and surges that really wear on your sensitive electronics over time. It’s not just what happens outside your home, either. Every time a compressor kicks on or a motor starts, it sends ripples down your home’s power grid.

When does that ripple stuff happen? Think washing machines, air conditioning units, vacuum cleaners (except for those little round robot ones…) air compressors and the like. All have motors that create havoc on your home or business’s power.

Your computers are another power problem. They are both sensitive to poor quality power and cause it. Their power supplies are notorious for spewing electrical noise that dirty up the power for everything else.

Compounding matters is that nearly everything with a power cord today has some sort of microprocessor inside. It’s not just your precious A/V gear, either. We’re talking even vacuum cleaners, toasters and washer/dryers. Those little chips and their attendant circuitry thrive on pure, clean power. The cleaner it is, the longer they live.

Then, there’s the radio frequency noise in the power that your electronics must contend with. All the wiring inside your walls is like a giant antenna, searching for radio waves. They catch all the radio frequency noise flying through the air from radio stations, computer power supplies, and poorly shielded electric motors like a giant catcher’s mitt. It travels down the wires into your gear. It’s not dangerous, but does degrade performance.

So, how can you give them what they want, so they give you trouble free service and higher performance?

There is a veritable plethora of solutions, from plug in surge protectors to whole-house units. As with many things in life, there’s no best one-size-fits-all solution. It depends on your specific situation. A high quality, plug-in power conditioner and surge protector can do an excellent job of filtering out dangerous voltage spikes and surges. They also eliminating most of the performance robbing radio frequency interference your home’s wiring manage to scoop out of the air.

Finally Get Off Your Hands and Knees!

As an added bonus, a newer class of power controller boasts internet connectivity. Why, you ask? Great question!

It’s a proactive measure to help keep your internet service running smoothly. It checks the internet, and if it can’t connect, it will momentarily interrupt power to your modem, causing it to restart. It’s a lot easier than you getting down on your hands and knees, peering into a dark cabinet with the phone’s flashlight, and trying to pull our the power plug! Sure, it’s labeled, but so are the other 15!

We can also check to see what is drawing power and what’s not. It can be helpful when troubleshooting and can sometimes eliminate us having to schedule a trip. For example, if one of your components is no longer drawing power, we can isolate the problem to that specific device.

Contact us now to give your power a once over and see if you’re getting the power you should be.

Where’s Your Music Coming From, Really?

First there was radio, and it was good….. Well, it was free, albeit ad interrupted; but then there was the static. Sure, if you rotated your antenna just right, waited ’till the 7th of May, tilted your head 23 degrees to the left, and rubbed your tummy while patting your head, just maybe you’d elude the snap, crackle, hiss, and pop for a while…. We’re skipping past the vinyl record (speak of crackle and pop!), but then CDs came along. They sounded great, after some engineering refinements.

Then, more portable digital music burst on the scene. It sure was portable, but thanks to the high cost of digital storage, it was compressed (squeezed) to fit into the available storage capacity. Remember the iPODs with only 4GB of memory? The upshot was that all that compression sucked the life (and sound quality) right out of your favorite tunes.

Fast forward a couple of years and digital storage was cheap. You can get a thumb drive big enough to fit all but the largest music collections for under a C-note, and giant hard drives adorn virtually every computer sold today. Storage problem solved, and we haven’t even begun talking about clouds yet!

That paved the way for larger music files, and in this case, bigger really is better. Some enterprising engineers decided that hey, maybe people still do appreciate really great sounding music, so they’ve created compression and file schemes that don’t toss out half your music because they think you can’t really hear it. Oh, you didn’t know that’s how music compression technology works? Say hello to my little friend: MP3!

Don’t feel bad. Most people don’t. It’s called”perceptual coding” and it means that if the algorithm thinks you probably won’t be able to hear it, POOF! It throws it away. Sometimes it makes a great guess, and does it’s music vanishing trick really well. Then, you may not really be able to tell. Other times though…..

Anyway, enough of the techno bable… We’d love to chat about how you can download or stream some really terrific sounding music; music that doesn’t have the emotion stripped clean out of it, and can really get your heart pumping. Music is one of our most emotional experiences, you know, and great sounding music is even more emotional… even if you’re not an audiophile. Yeah, we saw you singing along in your car the other day when you thought no one was watching!

Contact us now. We’ll walk you through some of what’s new in terrific sounding music, without losing the digital convenience you’re used to.

Records That May Never Be Broken

The  classic video puzzle game Tetris, had sold an astounding 495 million copies through the end of 2016.

Ford’s sold over 34 million F series pickup trucks since its debut in 1948. Of course, there’ve been a few revisions over the years.

If you want something without a bed in the back, you should be able to track down a Toyota Corolla, as the carmaker has sold over 40 million of the little sedans since the first one rolled off the assembly line in 1966.

Books:
Yes, people still flip pages, but since this is 2017, we’ll include electronic copies  also. The best selling fiction book of all time is Don Quixote, and all time is about how long it’s been around. It was originally published in 1605! With that kind of longevity, you’d expect some tall totals.

The most sales tallied by a recent (relatively speaking) title is Tolkien’s Lord of the Rings, from 1937. In 80 years this modern classic has managed to sell 150 million copies. Perhaps more impressive is the 50 year newer Harry Potter debut from 1997, with 107 million copies sold world wide.

Thankfully, these books have all been made into movies, so you can watch them together in the media room with your family!