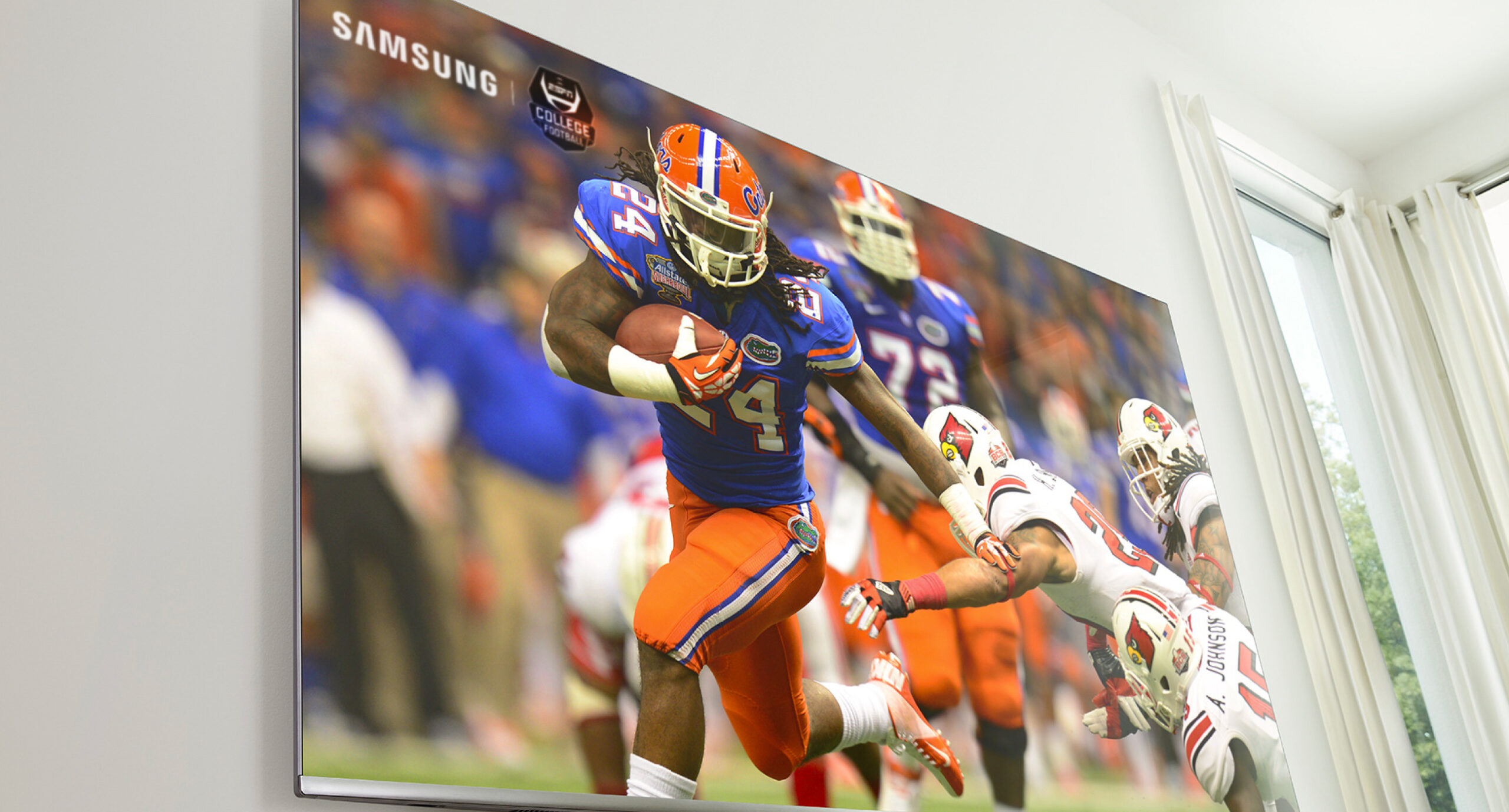 So, About That Game…

It’s finally here, the season of the brown, oblong ball that occasionally makes forceful contact with a player’s foot…. And yet, they call it football. The NFL is probably the world’s most effective entertainment franchise.

One needs only take a peek at the difference between the NFL now and back a few decades to see it. Movies? On the decline. NASCAR? Once huge; not so much now. TV? Perhaps, if you can pry the 2nd screen distraction from people’s hands. The National Football League, on the other hand, is the national pastime now. Search your feelings, you know it to be true….

Sure, the NFL Has Rivals.

Take college football, for instance. Millions of sports fans do, especially now that college football games can now be seen starting Thursday nights, rather than being confined to the traditional Saturdays. Speaking of tradition, that’s part of college football attraction, although tradition was recently broken with an actual National Championship playoff series. No, really!

College football takes us back to our youth in a way that pro football just can’t. Despite the cry that college athletics, and especially football, now approaches a profession in many ways, it is still played by kids with a passion for the game. There’s real pageantry and passion there that’s hard to duplicate.

Memories of gearing up for games on crisp, fall afternoons, and cheering fellow students are still fresh in many minds. It’s what drives alums to proudly display their alma mater’s logo and colors, splashed across everything from sweatshirts to the game room wall.

What else could make so many still get worked up over a single play, decades after the ball crossed the plane? Why does someone always make sure Washington State University‘s logo is behind ESPN College Game Day‘s set, although the show itself has never set foot in the Palouse? Why have Penn State‘s unis remained unchanged for over a century? Why is there a “Touchdown Jesus” at Notre Dame, spear toting Horseback Riders in Pensacola, and live buffaloes running in Boulder? It’s college football, that’s why!

What could possibly make watching football any more exciting? How you watch it, of course! Family and friends, all gathered to experience the game. Of course, if you’re all watching a screen on your wall that makes that postage stamp Jerry’s got hangin’ from the ceiling of Texas Stadium seem downright tiny…. now you’re talking!

Sometimes it’s tough to pick just one game, though. What if you could split your screen, so you can keep your eyes on up to 4 games at once? When something big happens, you’ll instantly blow up the action on one of them to fill your entire screen. It’s like a sports bar, but you never leave the comforts of home.

Adding to Your Game Experience

It’s not only the size that brings the game experience home, though. Most people don’t realize it, but games now are broadcast in full surround sound. All the game sounds fill your room. It really is like being there, but no one’s going to spill a cold drink down your back!

Football isn’t the only reason to take a good look at home entertainment. Baseball season is in the heat of the pennant race now. Soon, it will be playoff series time, leading up to the World Series. It’s another reason to gather with family, friends and food. Judging from what we’ve seen over the years, many of you take full advantage of the opportunity.
To make sure everything’s ready to go before “Go Time”, have us over for a quick look see. Contact us now though, it’s always one of our busiest times of the year. We can make sure everything’s working perfectly, or chat about how to bring out the best in your fall entertainment experience.

As if it wasn’t busy enough, kids are headed back to school, whether that means flying back to college a thousand miles away, or trekking a thousand feet to an elementary school. One thing that makes all the difference these days is your WiFi set up. Chatting with your collegiate on Skype? Junior high homework on the laptop?

Either way, robust WiFi makes all the difference. The newest WiFi even lets you move freely about your home with no dead spots or having to switch your WiFi network as you go. Imagine that!

People tell us it’s the best thing since WiFI itself.

Can You Hear Me Now? Yes!

TIP: If your home has poor cell service, some cell providers allow WiFi calling. Check to make sure yours does. To use it, it’s normally a simple matter of just turning it on in your phone’s settings. If your home WiFi is up to it, you’ll them be able to make calls without asking that infernal question ever again.

The big annual CEDIA show is upon us once again. That’s the one where all the consumer electronics companies under the sun show their latest cool stuff. It happens in San Diego next week, and there’s sure to be some stuff there that will make your life easier and more fun…. maybe both! There are at least a couple things at the show every year that really wow us. Stay tuned to this space for news from the show.

Contact us now to make sure your systems are back to school ready and up to snuff for the football season and baseball playoffs.

Things have changed so much. Americans then would scarcely recognize much of what’s so normal today we don’t give it second thought. Smart phones that can communicate with nearly anyone around the world, using voice, text, and video, in addition to running a stunning variety of apps.

Air travel, that, despite its failings, gets us safely throughout the world in only hours instead of days or weeks. Huge flat screen TVs that let us watch sports from around the globe as if we were there. An entire library’s worth of books contained in a slim tablet smaller that just one book. So, when was life in the US as described above? It was only 105 years ago, in 1912.